Jack Blood is the real role model for many people to always be bold revealing the truth. From his radio show namely Jack Blood Show, he tries to make a revolutionary on the radio. However, the real identity of Jack Blood has not clearly revealed to the world. Yet, some agents have successfully collected some information regarding Jack Blood’s real identity.

Who is Jack Blood?
Jack Blood is the mysterious guy behind the Jack Blood Radio Show. Through his radio show, he has revealed and discussed many sensitive and intriguing topics pertaining to political issues. The contents themselves have been being a pro and contra in the society. Those things make many people wonder who is the man behind the voice of the Jack Blood Radio Show.
Jack Blood has been into the life of a radio talk show announcer for over than fourteen years. The name “Blood” he got was from his great grandparent’s name. He used that name since his grandparents only had girls in the family. Moreover, Jack considers that this name is unique enough since there are only two other Jack Bloods beside him.

So, who is his real name actually? His real name is Samuel Clemens. He was born in Seattle yet he has ever lived in Los Angeles, New York, Chicago, Massachusetts, Phoenix, Rhode Island, New Orleans, and many more. Thus, he must have met and interacted with many kinds of people around the world.

How did He Find the Way to be an Announcer?
Jack Blood was a musician in the 80’s and 90’s. He did ever see an advertisement for radio producers in the local newspaper while he was living in the Providence Rhode Island. Before that, he had some experiences to be a correspondent for KCMU when he was in Seattle. So, he got the job and was being able to run 50.000-watt stations within two years. Because of that reason, he could make a six-figure salary.

In 1995, Jack Blood released his first radio show namely Fuzzbox. This radio show was mostly about making commentary on the stuff of Music and Culture. After the era when Bush stole the election, Jack Blood finally released the Deadline Live in early 2001.

Those are a brief of information regarding Jack Blood’s real identity. He has successfully been being a role model especially for many people who work in the broadcasting life. 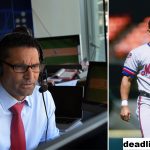 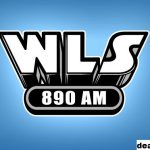 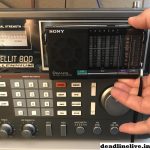